Best Tulsa Sign Company | What Signs Can You Print 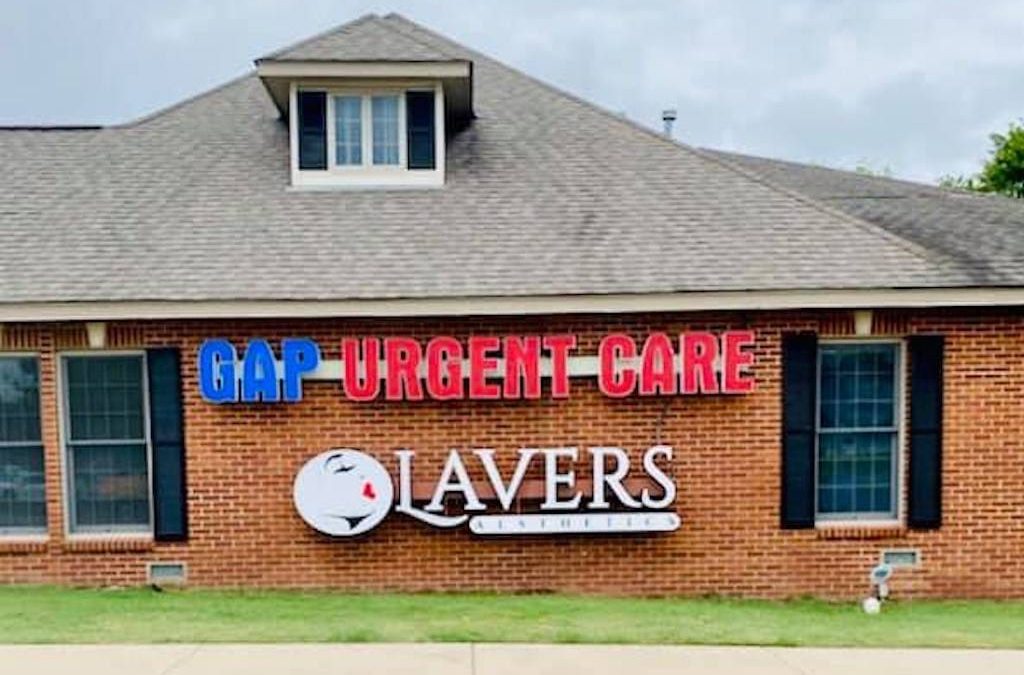 Hey guys. Thanks for joining us. Welcome to the highway man signs podcast your best Tulsa sign company here in the Tulsa, Bartlesville and Skiatook area here in Oklahoma Uh, again, we just sit in there and we just talk everything signs, and we’re just kind of the last few podcasts. Again, we’ve been talking about all the different styles of signage that we personally make here at Howard man signs. And, uh, we’re just kinda gonna keep going through the list here. Last time we talked about, um, yard signs, Coroplast and things like that. And, uh, something I didn’t mention during that podcast. Um, we do a lot of signs, uh, out of core plan, not just yard signs, uh, yard signs, kind of classify as the standard corrugated signs that are with a metal stake that gets stuck in the ground, um, that are great for, um, you know, kind of whatever kind of a event or business that you’re promoting. Uh, we kind of do like three different sizes of that, but core plus is a very versatile material.

We use it for a lot of different stuff and it goes all the way up to a four by 10 sheet, four by eight or four by 10 sheet. So if you’re in the inferior, you’re in the market and you’re wanting some, um, inexpensive signage to post around, um, you know, your business or something like that core core plus might be the way to go. Um, so today are actually gonna kind of talk about and branch off a little bit to, um, uh, kind of a cousin of core class, um, uh, PVC. So I know a lot of people think they think PVC, they think, uh, you know, PVC, pipe, uh, plumbing, things like that. Um, basically a PVC is it’s similar to core plus core plus is also made of, uh, of a polymer like that, a PVC calmer. Welcome to the highway man signs podcast your best Tulsa sign company here in the Tulsa, Bartlesville and Skiatook area here in Oklahoma

And, um, but what we generally call PVC signage is it’s a solid core. So instead of, um, Coroplast being corrugated with the holes in it and where you can stick on a state PVC, the solid core. So this is not going to have the ribs in it. Um, it’s going to look a little nicer if you’re wanting some, uh, inexpensive signage to post, um, way finding signage, things like that. Um, you know, inside that you don’t really want to spend the money and put metal, uh, you know, or ACM or anything like that. These look a little nicer. Obviously they have a, they have a hard edge, they don’t have the corrugations, they don’t have the little, the lines that the corrugations cause, um, just a flat, nice sign and it comes in several different thicknesses, um, eighth inch, quarter, inch, half inch. And, um, you know, um, yeah, very much the, the, the thinner ones, um, the eighth inch quarter inch are very cost-effective. Welcome to the highway man signs podcast your best Tulsa sign company here in the Tulsa, Bartlesville and Skiatook area here in Oklahoma Maybe you have to half inch, um, and you can get even thicker. Um, now they can be, um, it can actually be more expensive than, than using aluminum. Um, so you do want to kind of understand like what you’re getting and why you would want to get that, uh, for that reason, um, fees, like I said, these are, these are really good for, like I said, inside signage, you wouldn’t want it. You don’t really want to use PVC outside. And not that it’s not, um, it can get wet, it can be in the weather, obviously it’s PVC plastic. Um, but it’s, it’s not real, uh, it’s not real strong. So, um, if you’re going to put this on the outside and put it on the side of a building, you probably could put it on a flat surface again. Now I probably would only have, uh, two to three years life maximum outside.

Um, I’d be really surprised if it lasted much longer than that. Um, but, uh, so it’s still, it’s still not a, not a permanent permanent material. Um, now if you do it on the inside, I do a chain of gyms, co-op fitness. Uh, you guys should check them out, um, best deal in town and owned by really, really good people. Um, but I do, I do all of their inside signage, um, uh, with, with PVC. And like I said, I’ve had, we did their first gym, gosh, almost 10 years ago. And, um, you know, the same signage is still up inside. So, uh, it’s really durable. Uh, it’s great for inside type stuff. I wouldn’t recommend it for the house. Um, yeah, so that’s, that’s another thing. Um, there’s also kind of different, um, materials, if you’re also looking for something, if you want to go on the end side, um, something that we don’t do quite as much is, uh, foam board, um, foam board kind of comes in different, um, um, Welcome to the highway man signs podcast your best Tulsa sign company here in the Tulsa, Bartlesville and Skiatook area here in Oklahoma Kind of to one of two ways that we normally do.

So a foam board is it’s called that can be called Gator foam. There’s different brands. Um, but basically it’s generally a quarter inch or a half inch sheet of foam that has a, uh, has an outer liner of either, um, a, a paper type substance or a like a PVC sheet. Um, now it is strictly going to be for, um, uh, posters, uh, that you’re wanting like a rigid type poster or something like that. Um, you can do some stamp. They do have stands for half inch, um, a foam board that you could stand up, but generally you see these and malls. Um, I’ve done some for churches, um, for some theaters, things like that. I personally am not a huge fan of it just because it is so brittle. Um, it’s not, you know, it’s foam. So, um, if it gets hit, uh, you know, it can dance and it breaks very easily. Welcome to the highway man signs podcast your best Tulsa sign company here in the Tulsa, Bartlesville and Skiatook area here in Oklahoma Um, it does look nice that that foam edge actually gives it a really nice look and you can get in, usually they’re wider black foam edge. And, um, it’s just not a real, I, I just, personally, it’s not something that I enjoy working with, um, just because it does, uh, I, it doesn’t take a hit, you know, and you think about putting it up in a high traffic area, somebody’s going to bump into it. And if somebody walked by and it catch it with their foot, you know, if you got it stood up on the floor, something like that, um, that it’s just going to work a corner off. I mean, it’s just going to snap off. Um, so just keep that in mind. Um, it looked really nice, but it, it it’s, um, it’s just not real durable. So again, that’s just been a kind of a little little podcast on a PVC size or foam signage, and, uh, yeah. Thanks for joining us today. This is, uh, this is Kenny. I’ve been your host today, and this has been the highway man signs podcast, uh, your best Tulsa sign company in the Tulsa Bartlesville skiatook and surrounding areas here in Oklahoma. Thanks for listening. And we’ll catch you next time.