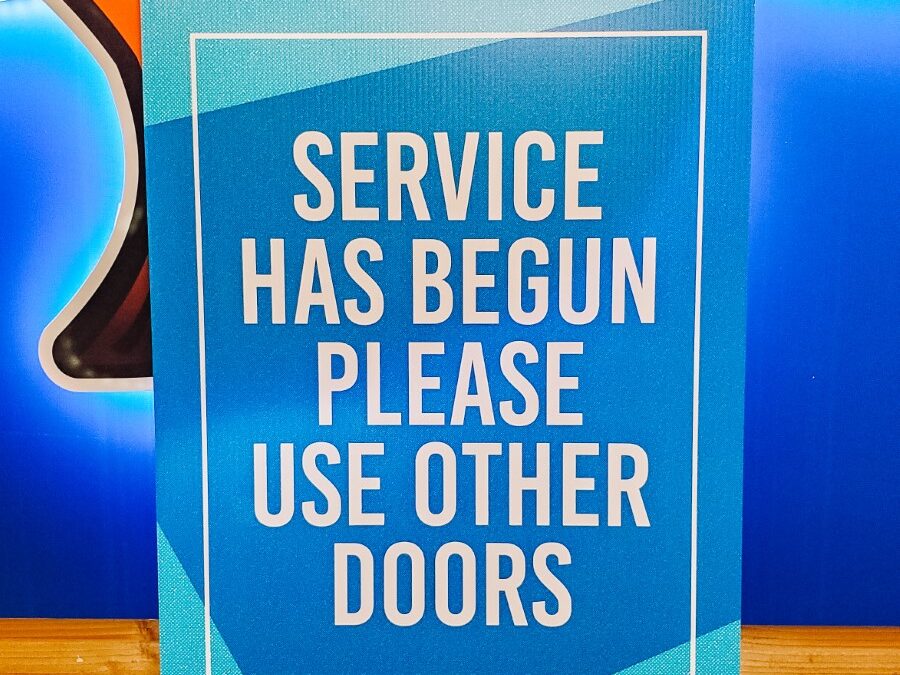 There’s a problem. Usually about the time it’s time to replace it. 3, 4, 5 years down the road is before they actually pop, uh, as long as nobody messes with them. Um, they, if somebody’s got a kid or somebody sees that and they poke their finger through it, and that’s, that’s nothing annoying guaranteed, but, um, generally if they’re left alone, it’s not a problem. Um, again, we’ll, we’ll try to remove the tail lights, uh, door handles, especially, um, any trim that you don’t want on the vehicle to move or move, um, just to make sure that it’s an easier install and a cleaner look cause trying to cut out around stuff. It’s very difficult. And, uh, it adds time to the install and also causes as more of a chance for things to lift, uh, for vinyl to lift and fail. Um, we didn’t really have a vehicle for about a week.

Um, we can usually get it done early, you know, earlier than that most wraps we can get done in about three days. Um, the first day is all, um, prep work well, we will get the vehicle in, we’ll clean it or move any parts that need to be removed and we will, um, print everything. We’ll, double-check all the measurements, make sure everything’s going to be good so we can print it right. The first time we’ll do all the printing the first day, which can take several hours. And then the second day now the car is prepped and everything’s been printed. We will start on the install. And then usually we can usually get the bulk of the, you know, we usually get the 80 to 90% of the wrap done the second day, um, with two or three installers working on it. Um, and then the third day he usually finish up day.

We’ll make sure everything looks really good. We’ll take it outside. We’ll walk, we’ll walk around it really well. Um, because it can look different inside under our fluorescent led lighting and it does outside in the sun. So when we walked through that side, we’ll see some things we may have missed, um, make sure it’s all good to go and we’ll park it out front for you to come pick up. Um, we do require payment, uh, when the car is picked up, um, we do not let vehicles leave without payment. Um, so there is that, um, and once the car is done more as care and taking care of your vehicle and, and taking care of the rat, it’s really pretty easy. Um, it’s, it’s, you can take it to the carwash. Um, I recommend if you use a power shot, stay away from the edges, especially, um, it’s pretty easy.

Uh, it’s actually really easy to hand wash. It’s a lot easier than hand washing your paint a job, just because stuff doesn’t stick to it quite as well. Uh, you know, things like that, cause it’s really just wipe it off and you’re done, uh, you know, with pain, sometimes you have to scrub and it just, it leaves a film or whatever this doesn’t, they don’t wrap doesn’t look like that when you wipe it down, um, you can take a bottle of Windex out there and wipe it down about 30 minutes, you know? Um, or if you want to hand wash it, you could probably hand wash the whole thing in 10 or 15 minutes real quick. Um, you know, it’s not going to leave, uh, it doesn’t leave a film and stuff like that. Like you’d do on paint. Um, at least it doesn’t show it as well.

Um, again, uh, watch your edges, things like that, any lift lifting or anything like that, we can usually fix it. Um, yeah, please bring it. You feel free to bring it back for our shop. We’ll, we’ll take care of it if there’s any problems. Um, and, uh, yeah, uh, the lifetime of a rap is generally three to five years. Uh, the reason there’s a big variation, you know, you’re saying three to five years, it’s two years and it’s different. Well, it depends on how you take care of it. If you keep your car fairly clean and you, um, you know, it’s not, uh, constantly out in the sun. Um, it can last longer now, uh, hoods roofs, things like that. If it stays outside all the time, he don’t clean. Um, they’re gone, they’re going to fail a lot faster. Um, horizontal stuff gets the most sun, um, and the vinyl doesn’t last forever, um, five years is the max.

Um, because after that, it’s, it is, it is wrapped. Vinyl is classified removable up to five years after five years, years. Um, it does, it takes a little, that’s a lot harder to get off. It’s going to start cracking peeling. It’s the difference between taking a few hours to remove it and taking several days and weeks possibly if you don’t have time to sit there and do it all in one, one go, um, you definitely want to use heat the best time. Uh, I say, pick a hot day in the middle of the day and, and go out there and get after it. Um, you know, if you’ve got a few friends that aren’t doing anything, or you got some kids that, uh, you know, wanna earn a few extra bucks, um, yeah, Devon go out there on a hot day and start peeling and you can usually get it pulled off, especially if you, like I said, if you do in that three to five year window, I mean, I said late five years, if you’ve already started waiting for it to start cracking, it’s already too late.

It’s going to take a long time to get it off. Um, we have removed things where it was very, very, um, bad. Um, and I still did not damage the pain or anything. We were able to get it off. We have final removing tools, um, that we can use. But, um, like I said, uh, I removed one not too long ago that had been on for about three years and we removed it in about a half a day. It was a warm day, went outside there and started peeling that we had, you know, a couple of guys had it, had it all stripped in about four hours. Um, that same car, if we didn’t the winter, we’d have to bring it in the shot. We’d have to use heat guns and, and out we’re moving tools. And, and it would take probably two, three times as long just because the vinyl is cold, the warmer it is the easier it is to get off.

So, you know, keep that in mind. Um, but it did protect the paint and, uh, yeah. Did really well. So, um, so that’s kind of the process. Um, as far as that goes out, we, uh, we try our best. Every vehicle is different. So there are problem points in every vehicles, as far as like violent lifting and things like that. So we, we honor everything, uh, with a vinyl wrap, we honor everything and we give it a one year warranty as far as any, any problems or anything like that. We will fix replace, uh, within that one year. And then, uh, after that first, anything it’s just going to be maintenance. Um, if there’s anything that’s due to the installation, it’s going to happen in the first year, probably it’s probably going to have in the first 90 days, but I always get people a year, um, just for that peace of mind. So, uh, yeah, just keep that in mind. And I hope that they’ll consider us the view, uh, having a rep in your future. So appreciate you guys listening today. You’re listening to the highway man signs podcast, your best top Tulsa sign company here in the Tulsa, Skiatook, and Bartlesville areas here in Oklahoma.We appreciate you listening and we’ll catch you next time. Thank you.